Meet Craig Roth. He’s a fit, formidable man. By day, he helps to keep people safe from violence, crime, and illegal activities that often plague city streets. By night, he’s an active, well-respected, and engaged citizen. He loves his community, and they, him. He’s also been living with type 1 diabetes (T1D) since 1999.

This is Craig’s story, and it’s sadly not that unique. People with diabetes are often told that they can do anything, and having the grit and fortitude that we do, we believe them. We run track, we excel in school, we apply to colleges, we have first kisses, we make varsity, we travel abroad, we run marathons–we do a lot. But there’s still a lot that we can’t do, some barriers that we haven’t been able to crush. For Craig, becoming a Nassau County Police Officer was one of those barriers.

People with diabetes can be police officers. It varies by state, but minimum qualifications typically include being at least 21 years of age with United States citizenship and state residency (of where you’re applying), possessing a high school diploma or GED and a valid driver’s license, and demonstrating strong moral character. For people with diabetes, a medical doctor must also approve of the applicant prior to attending the police academy. The process is grueling, and the checklist is long:

Craig Roth excelled at every step of the way, except the county medical exam.

After applying through the Nassau County Civil Service Commission (who’s in charge of hiring police in that municipality) in January 2015,  he was told that his application was on hold and that he needed to supply additional information regarding his type 1 diabetes, and also to undergo a cardiovascular stress test. This wasn’t all that abnormal, and he willingly complied.

By all accounts, Mr. Roth is healthy and fit. He wears an insulin pump, and maintains his HbA1c below 8%. He likes to run and stay active. But he, and other people with diabetes, are held to a higher standard when it comes to their health. The world expects excellence, perfection. A misstep, a low blood sugar, a seemingly innocuous pump failure, and we’re judged harshly.

In April 2015, his application was denied by the civil service commission. The reason given was, “endocrine condition which precludes ability to fulfill the physical requirements of a police officer,” according to official documentation. He appealed and submitted documentation from his endocrinologist proving that he was fit to serve. Due to his appeal, he was then referred to a county doctor, hired by the commission, for an additional health screening.

Despite having well-controlled glucose levels, normal heart rate, blood pressure, lung capacity, eyesight, hearing, mental agility, weight, and all normal blood draws, when Mr. Roth had his medical exam, the county doctor assigned to his case became concerned that “extreme physical exertion” required of police officers would cause “glycemic instability” in the patient, according to his deposition. In layman’s terms: exercise causes low blood sugars. The doctor was also concerned that the job could damage his insulin pump. He wasn’t “fit” for the job. Roth was ultimately rejected from the position.

We trust doctors. They save lives every day. But the problem here is that Craig Roth was 23 at the time of his medical examination, and had been living with diabetes for over 16 years at this point. Additionally, he had also previously been both a Long Beach Police Officer, a New York City Police Officer, and a security detail with the Nassau Community College, and never had any issues on the job. His endocrinologist gave him the green light to be a police officer. He was young, motivated, and in the prime of his life. He just wanted the opportunity to do what he loved.

Despite all of that, Mr. Roth was denied employment by Nassau County Civil Service. 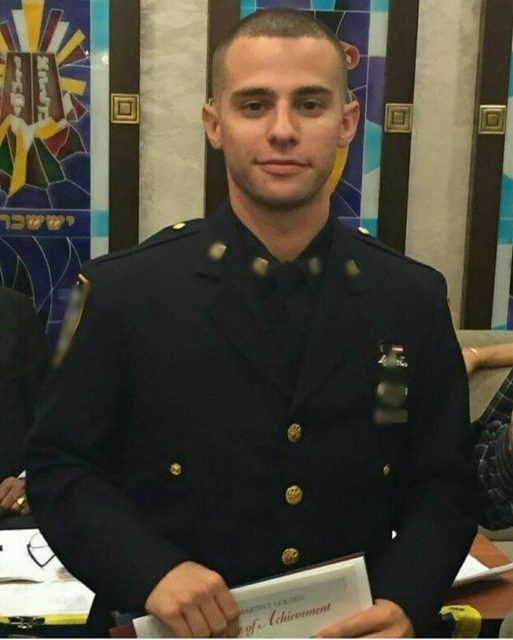 In chatting with him for this story, Mr. Roth has said that he’s met many other women and men who have been denied the opportunity to become police officers simply due to their diabetes diagnosis. Dr. Marlaine Tapply, a doctor who works frequently with the civil service commission, found that Roth was only ever the third person with type 1 diabetes to apply as a police officer with the Nassau County Police Department. All three applicants were rejected.

Dr. Tapply said in her deposition that Roth was denied a job because of, “how brittle and fragile his diabetes was.”

These county doctors people are referred to oftentimes don’t know the patients, their histories, or their stories. They don’t specialize in diabetes (usually, they’re family doctors or internists). They’re often times unfamiliar with the nuances of type 1 diabetes. They simply see them for a 15-minute exam and make a determination that changes the course of their lives. Despite having adequately controlled HbA1c levels, and no complications, doctors can sometimes let their fear of the unknown and common stigmas around diabetes dominate their decisions to approve medical examinations for police officers, intelligence officers, the military, Peace Corps volunteers, pilots, and other professions that people with diabetes can have trouble accessing.

Wanting his story to prevent future issues for other people with diabetes, Mr. Roth says, “With additional light, I hope that people can understand that discrimination is alive and well against diabetics – however people turn a blind eye and choose not to care.”

In filing a lawsuit against Nassau County, Mr. Roth unfortunately lost. Nassau County offered a small cash settlement, albeit requiring he never be employed by the civil service commission in the future. He did not accept the terms. Appealing to the United States Supreme Court, they have decided not to hear the case.

This seems to only have fueled his passion, “I want people to know how the current system stands. Fighting this as a T1D is an uphill and costly battle, and needs to change.”

Mr. Roth has since found employment with another police precinct and hopes his story helps to spread awareness of the struggles people with diabetes face when seeking employment, even in 2020.

In Mr. Roth’s case, many turned a blind eye, and few were willing to help him seek the justice he so desperately deserves. Issues like these can arise when there are no standard hiring procedures around people living with a chronic disease, and determinations are made on a case-by-case basis, or “feeling.”

According to court documents, hiring officials homed in on five 911 calls made by the Roth family due to episodes of hypoglycemia, that Craig experienced while sleeping, over 3 years ago (at the time of his employment application). Only one resulted in Roth needing transport to a medical facility. At the time, Craig was not on a Continuous Glucose Monitor (CGM). He is now.

Little did his family know that those calls would change the course of their son’s future.

These are people’s real stories, and they need to be told. Our voices need to be amplified. We need to spread awareness of what’s going on, even in 2020, so that we’re finally listened to.

We thank Craig Roth for sharing his story and hope that someday he can find justice and peace.

If you feel that you have been discriminated against in the workplace, you can file a complaint with the U.S. Equal Employment Opportunity Commission.

You can file an Americans with Disabilities Act complaint alleging disability discrimination with the U.S. Department of Justice.

Have you ever been barred from a job because of your diabetes? Share this story and comment below!