Relief. That was the first thing I felt when I was diagnosed with type 1 diabetes.

I was mildly sick for about a year and a half before my diagnosis. My skin healed slowly and I hardly slept. My mental health was pretty much nonexistent, but the most distinct memory I have is feeling like I had totally lost interest in the world around me. Then, a few days before my junior year of high school, I went to a physical exam and got a simple blood test. My resting blood glucose level after fasting was between 300-400 mg/dL, but everything else came back normal. I was told immediately that the most probable diagnosis was type 1 diabetes.

At that moment, I felt relieved. Suddenly, there was an answer for all the things I couldn’t explain – why I felt so sick (out of range glucose levels), why I constantly felt dehydrated, and why I felt like my life was spinning out of control. I decided right then and there that I would embrace my diagnosis and live with a positive attitude. 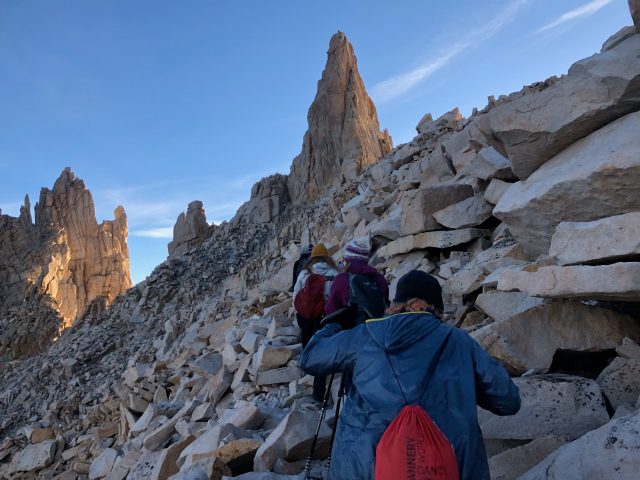 My Education With Diabetes

Over the next few weeks, I went to lots of appointments and met different doctors, nurses, and certified diabetes educators. The best thing I did in the days after my diagnosis was reading the book, Think Like a Pancreas, by Gary Scheiner. If you haven’t read the book, I highly recommend it. I gained an understanding of diabetes that I would not have otherwise received.

From the beginning, I managed my diabetes myself. I counted carbs, calculated the insulin I needed, and kept myself healthy. I didn’t feel like I needed emotional support because for me, science has always been my way of coping. The more I learned about the immune system and diabetes, the more I felt in control, and I slowly began to regain confidence in myself.

I was extremely lucky when I was diagnosed because I received a continuous glucose monitor less than a month after my diagnosis, I met my first diabetes buddies a month after that, and I was training to use my insulin pump by Christmas. Thanks to the people I met at CarbDM and Tidepool, I learned about DYF’s Altitude 14,505 program. The program is a nine-day backpacking trip to climb Mt. Whitney, the highest peak in the contiguous United States, with a group of type 1 teens. I applied for the program in January, and I began training and buying lots of gear.

Last summer, before my first diaversary, I climbed Mt. Whitney. It’s one thing to know that you are physically and mentally capable of going on a long backpacking trip, but it’s another feat to actually do it. I carried thirty pounds on my back for over 75 miles. Some days we had thousands of feet of elevation gain, and other days hiked a (relatively) flat route for eleven miles. At one point, part of the trail and been blown off, so we had to climb along a cliff to keep going. There was a rest day at a natural hot spring, where we hopped back and forth from freezing river water to the steaming springs. On the day we reached the summit, we each enjoyed a Snickers bar – and it was delicious. 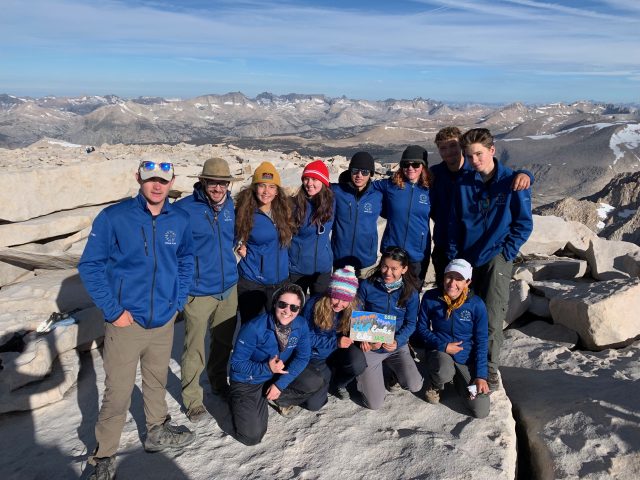 After climbing Mt. Whitney, I felt much more confident about my ability to travel alone and to deal with any diabetes surprises. I knew that if I could manage my health out in the wilderness, I could certainly do so in another part of the world. It was also my first diabetes camp and it was one of the most fun times I have ever had. I quickly felt empowered to keep managing my health and to keep going on adventures. I also made a lot of lovely diabuddies.

I realize I certainly had a whirlwind introduction to the diabetes community, but I learned that it’s all too important to know people your own age with diabetes, because the way you deal with diabetes is both similar and different from others. The things I worried about this time last year are so different from what I am worrying about today. I am fortunate enough to have diabuddies that I can rely on and commiserate with so I can share my experiences – both the good and the bad.

When all is said and done, I’m mentally and physically in a much better place now. I have diabetes, but diabetes doesn’t have me. I don’t hide my continuous glucose monitor or my insulin pump, and I don’t mind when people ask me questions about them. My devices are just accessories that I wear. If anything, I am more in tune with my health than I was before. I still have good and bad days, days when I am completely in range and days when I don’t feel like putting in a new infusion set. I know that diabetes will always be a challenge that I have to face, but I am optimistic about new treatments and research. From open source projects to clinical trials, I make a point to read about new developments every day.

I had my diaversary earlier this year, right around starting college, and I’m pretty excited for the future since I will be pursuing a degree in biology and hopefully doing diabetes research.