I never thought I would be the type of person who watched someone play video games on the internet. But here I am, a 32-year-old dad who loves video games and not only watches other people stream, but recently started a streaming page + podcast dedicated to video games. Oh yeah, and did I mention I also have type 1 diabetes?

The Name of the Game

I was diagnosed with type 1 at the age of ten and it completely changed my life. It required me to grow up a lot faster than I would have liked and has shaped so many decisions I have made over the last 22 years. I remember being so terrified to do basic things on my own as a kid, even thinking that I might die. As a parent to three minions of my own now, I would never wish that feeling on any of them. That type of mentality is not easily shaken, but I eventually was able to push through the fear and not allow this illness to keep me from being everything I wanted to be. 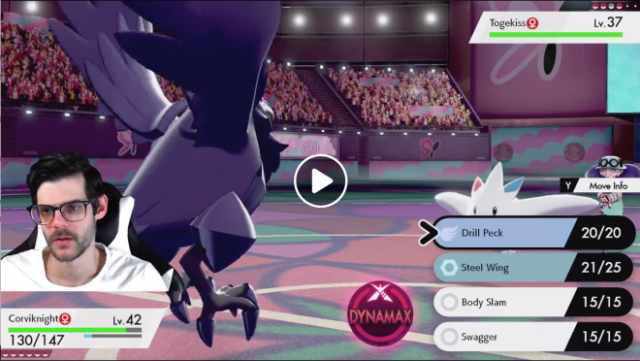 The funny thing about growing up fast is that you leave a lot of “kid” stuff behind. I played video games a lot as a young kid. My brother and I would spend hours playing Gameboy or Super Nintendo. Looking back, I can see now how my diagnosis shifted my mentality on what I thought was age-appropriate. I just didn’t feel like a kid anymore. I had new responsibilities that had life-threatening consequences if ignored. Sure, I still played games, but I lost that pure innocence and fun that comes along with jumping into a brand new world for the first time because I was obsessed with keeping my blood sugar in check.

After going through some major life changes in 2016, I suddenly found myself faced with an opportunity to take stock of who I was and who I wanted to be. My diabetes had suffered immensely as a result of the stress from a divorce, I was out of shape, and I was a little lost. I remember one of the first things that I did for myself during that transition was buy a Nintendo Switch. I will never forget the moment I hooked the Switch up and played The Legend of Zelda: Breath of the Wild for the first time. That joy I had forgotten suddenly rushed back through my veins. I knew at that moment, gaming would forever be a part of my story.

Fast forward to today. I am the healthiest I have ever been thanks to a major shift in my diet and to a recently introduced workout regimen. I own a successful consulting and media company called Exhale Creative that helps brands determine what type of content they need to create in order to help them grow and better reach their audience. We also produce 99% of the content for those clients. I have been a hired guitar player, touring all over the world and playing in front of tens of thousands of people (that’s a whole other glucose management article on its own). And now, I am chasing down a new dream called Patch Notes.

Patch Notes was created to celebrate the intersection of life and video games. We want to show how video gaming can bring out the best in people while simultaneously breaking down stereotypes about who or what a gamer is. We stream on Facebook Gaming, and you can find our podcast on iTunes and Spotify.

When Facebook announced that on Giving Tuesday they would match dollar for dollar the money raised through charity streams, I was thrilled to raise some funds for Beyond Type 1. I have had the privilege of interacting with several members of the Beyond Type 1 team and truly love the light they shine on all things diabetes. And even though I did not raise an abundant amount of money during our stream, my growing community did step up and donate while we hung out and played Pokemon Shield.

My platform is growing and I can’t think of a better way to use it than to help people, who like me, face this illness every day. It is also worth noting that there are several type 1 diabetes people (T1Ds) who watch the stream, which has made it feel even more meaningful to me. I am excited to host more streams that bring awareness to a disease that is often misunderstood or misrepresented, and look forward to bringing in more donations to help others with diabetes pursue their passions.

You can go back and watch the stream (and still donate) here. And come hang with us anytime at Patch Notes.